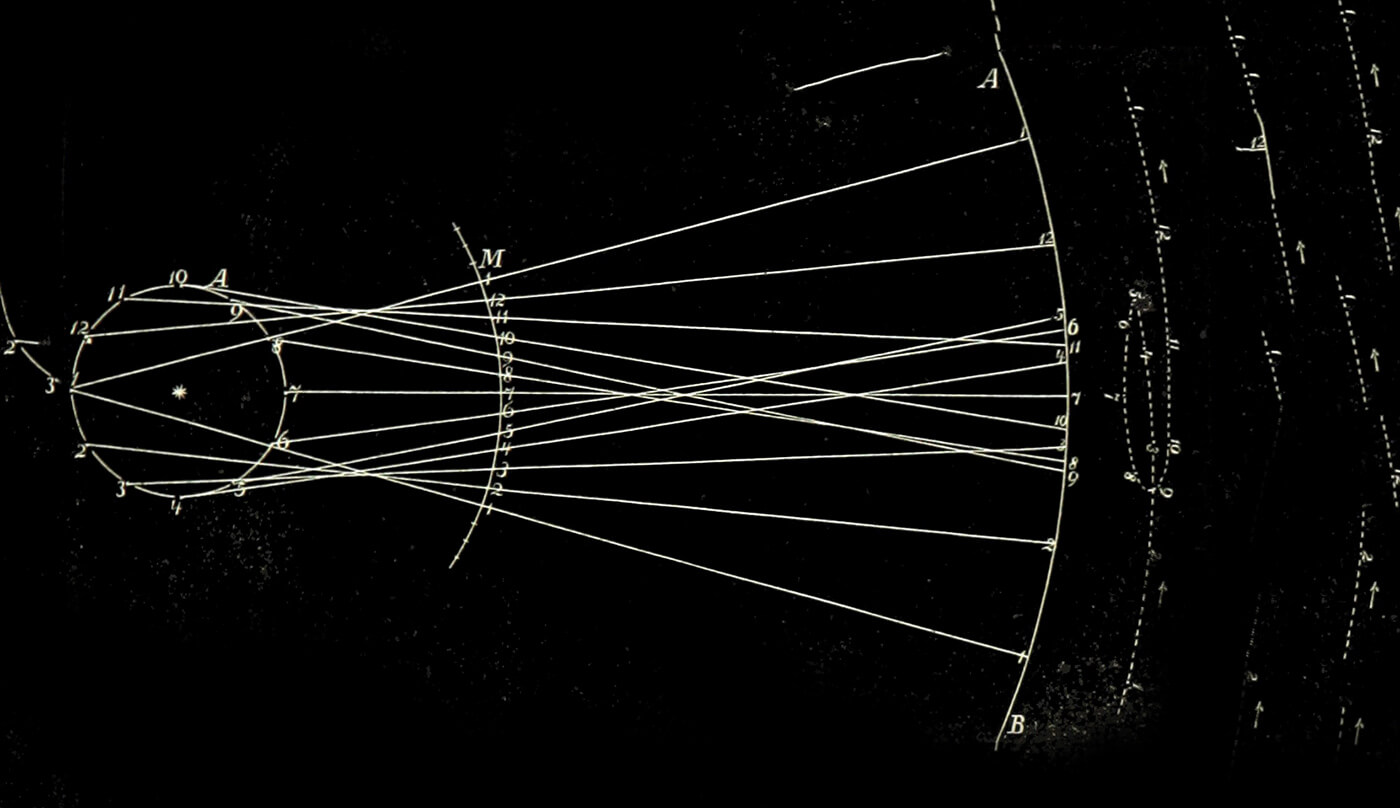 Editor’s note: Forty years ago, Slenders Wishington passed away from complications related to sturgeon farming, leaving behind a loving eleven-toed wife and infant son, Crammy. When Crammy reached the age of majority, he hired Galapagos Ancestral to research his father’s life. Following is Galapagos Ancestral’s report to Crammy.

I was not a little chagrined to learn that your father expired when you were in your tender years, and I commend you for placing the delicate matter of rediscovering his life in the expert hands of Galapagos Ancestral. I know it has been a long twenty-one years since you hired me, and I am sorry I have not responded to your numerous phone calls, letters, e-mails, full-page advertisements in the Wall Street Journal, and death threats—but I have been so busy. Slenders was not unlike the piece of lemon meringue pie I enjoyed last night, so rich and delicious yet overpowering at times; I had to proceed slowly. Although it is, of course, an unworthy substitute for paternal affection, I pray this communiqué will give you the self-understanding you crave.

Rest assured, I can credibily circumscribe your father as I have studied every detail of his life—his appetite for stork and leopard, his belated responses to your mother’s love letters, his elaborate bedtime routine—everything. I have felt with my own hands his thick, lead sketches of rooks, ridden on a toboggan pulled by his team of minx, and gently administered lemon oil to his Cribbage board. I know that he applied yellow corn syrup to his heels when he wore split-toed oxfords and that he shouted Timber! when you were born. I have worn his exotic musk, savored his gargle, and taken long, hot baths in his spices. I even know what was in the jockey box of his Trabant the day he died.

First and foremost, your father realized that life was a circle, or “the biggest of all circles,” as he termed it. He was reminded of this every time he was overcharged for drycleaning. He wondered if he was trapped in the middle of the circle looking outward or if he traveled on the perimeter looking inward. Later in life, using a spectrometer and a pair of field lenses, he determined that the circle was, in fact, a spiral that expanded over time, but he grew increasingly disturbed that his soul would escape out of the open end of the spiral and abandon his body. Needless to say, he shunned tornadoes and springs.

Letters to his cobbler distinguished between the Mind and the Soul and displayed a distrust of anyone who used these words interchangeably. To him, the Mind was the brain; the Soul, everything else. He suspected that in the Beginning, the Soul filled the entire body, but that larger, taller bodies caused by modern nutrition outgrew these souls. Thus, in recent civilization, most men and women possessed half of a Soul at best, which explained human suffering. He felt that the general cheery comportment of toddlers and amputees supported his theory, but conceded that his rule did not explain friendly giants or ornery trolls.

Slenders was described by friends as both magnificent and awkward. His appearance was influenced by several historical figures—he wore military outfits like de Gaulle, sported a top hat like Lincoln, and had his dental work fashioned after Washington. When he entered a room, his imposing frame, booming voice, and golden teeth commanded respect. But, he had trouble maintaining his balance, and often tripped over acorns and nickels when distracted by something as simple as confetti. Embarrassed, your mother avoided public gatherings, although at your father’s request she attended your Christening. To refresh your memory of what he looked like, I have enclosed film coverage of his Master’s thesis at Bern Mime Academy (the title of his routine is Supper Time in a Bear Pit.) Is he not as gallant as a knight?

The mind-body connection captured his attention. Ahead of medical science, he declared that positive thinking could lower one’s blood pressure, but discouraged the practice until it was covered by insurance. He wondered whether the mind was connected to the body by tissue, or whether it controlled the body from a distance. A man who cherished his privacy, your father liked to think that it was the latter. “If you really stop and think about it,” he once told his haberdasher, “why in heaven’s name would the mind care to spend time with the body? They are total opposites. The former is more intellectual and uptight and the latter is more carnal, wanting simply to move about and have its appetites fed. A mind being attached to a body is not unlike an actuary wildly boning a cabaret dancer. Unthinkable! Let him who thinks otherwise be doused in pancake batter, smothered in blackberry syrup, and eaten by lumberjacks.” Yes, Crammy, his wit could sometimes be caustic, as you can see.

I am happy to report that Slenders spent much time with you during your infancy, during which he patiently endeavored to not only teach you everything about life but to empathize with your growing pains. While you were teething, he would gnaw on his pocket thesaurus. He slept in your marble playpen from time to time. He unabashedly told you the cold, hard facts about safecracking, vacuum repair, and the mime industry. He amused you with stories of Chaucer, prehistoric volcanoes, and partner swapping in the Spanish Armada. He comfortably discussed with you even complex topics, such as advancements in ventriloquism techniques, the merits of Hammurabi’s Code, and Willie Shoemaker’s impact on the space program. (These discussions were mostly unilateral.) He showed you how to win at craps, how to get more gas mileage out of a Panzer, and how to politely say no to an Army recruiter.

A true intellectual, Slenders believed the entire universe could be explained in mathematical form. The earliest manifestation of such insight came during a dinner party with Chancellor Shitkoph of East Germany, during which he declared that “[a]ttempts to curb social ills are futile, just as the algorithm Y = 1 / X is futile—slowly approaching the X-axis, never reaching it.” Further notes and remarks over the years displayed an increasing ability to explain sophisticated concepts in mathematical formulas. For example, on Christian notions of salvation, from a birthday card to his custard steward: “Given that the X-axis represents time, and the Y-axis good works, all those defined by a horizontal asymptote such as Y = 1 shall be damned.” And this, on social deviance, written in wax pencil, recovered from the reverse of a Tour d’Argent menu he kept in his office safe: “Most of them [repeat criminals] are nothing more than complex lines. Even they can be plotted on a graph.” He even expressed his most intimate feelings in mathematical terms, whispering to your mother one evening after a extended session of ferocious humping: “Sometimes it scares me because I cannot seem to derive a formula for you.” Then, seeing her troubled look, he attempted to comfort her with these words: “You and I are the only two factors of a very large prime number.” Finally, in perhaps the most poignant combination of words ever used, he described despair as “a parabola, opening downward.” This language was the complete eulogy he delivered at the interment of “Numero Uno,” the world’s first battery-powered slide rule.

The inadequacies of human language deeply troubled him. He invented the language One in which he assigned a number to every possible expression a human might wish to make. For example, two million two meant “a pleasant rickshaw ride with King Leopold of Belgium,” while two million three meant “babies are just little adults.” Despite the apparent efficiency of this language (your father believed that “One” would reduce the average book to six pages in length), the language never caught on and was his only lasting regret.

Slenders’ most profound insight was that certain forces of the universe that seemed to have an existence in themselves could, in reality, only be described by the absence of their opposites. For example, he described cold as the absence of heat, clowns as the absence of dignity, broth as the absence of meat, and death as the absence of life. This last notion weighed upon him heavily, “as heavily as would a sperm whale writhing upon my back,” he wrote. He tried to cope with death by devising a formula for it (death = 1 - life), but not even his mathematical reduction gave him any peace. His fear of death, however, did not prevent him from cleverly stating in what turned out to be his final public address that “a living organism can be both living and dying, but cannot be both dead and alive.” When asked for clarification by the media, he added that “living is the process of dying.” Wryly, he also added that “dying can be fatal,” although this statement has been less oft quoted.

Which brings me to the final event of your father’s life—his death. Suffice it to say, he died doing what he loved best—preparing a ham and caper sandwich for your mother.

p.s. On the day Slenders died, the jockey box in his Trabant contained a swath of corduroy, two tambourines, and a map of Liege.

Michael Smith’s fiction has been featured or is forthcoming in The Hopper, The Delmarva Review, Drunk Monkeys, and McSweeney’s Internet Tendency.

Thank you! Your submission has been received!
Oops! Something went wrong while submitting the form
Issue 19

Advice From Mom, For Mom

Everyone Who's Ever Loved You Was Wrong

Saving Grace, Delivered from the Chaos

"That's not a good idea, Ben. For one, we don't have great data on the actual effects of enhanced Luck..."
archive
quotes
about
issues
propaganda
submit (closed)