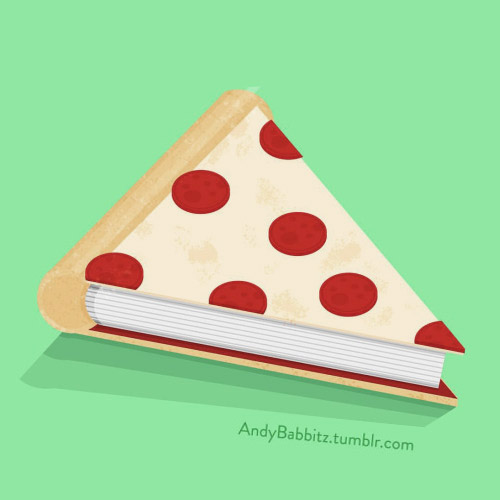 lot of people cuss at the sight of anchovies. Mere mention can bring out the worst in people. Some people have fear of them, for others it's purely revulsion, without redemption of any sort of thrill. Imagine the Indy 500 all stopped in a neat row while a yellow school bus discharges passengers. People get just as angry over food. I have found it, at times, unwise to tell people I like anchovies. Reactions can be frightening. And actions can be recondite.

The man gave me free anchovies. I like the fish. A lot. Seemingly more than most. Why, my closest associates despise them. My outside favorite thing in life is cold left over pizza, with chovies, first thing in the morning. This was for fresh pizza in the afternoon. So there was the human element in it.

The choice was with or without pepperoni, simple, simple, simple. I was feeling just the wee-est capricious one second, ordering, like normal, at Pizza Frank's. As I pondered 'plain or pepperoni,' I asked, on impulse, or hypnotic suggestion, "is it possible to get a slice with anchovies."

The paunched muscular skin head behind the counter, in a sagging yellow wife beater shirt, snapped to. This was an unusual show of civic responsibility on this man's part. He decided on the spot to substitute chovies for pepperoni. I am not a spring chicken. Pizza hole managers are not obliged to do this. He could have said, "No. Chovies are for special order on the main menu. Assholes ordering single slices don't get fucking anchovies, you stupid little prick."

But the brutish looking skin head with Aryan Nations neck runes smiled and proudly did a special order, just to be nice. I really wasn't expecting the kindness and bonhomie. That was a very moving little executive decision on that pizza dump manager's part. I ain't what you call a 'big spender.'

That one afternoon anchovies swam into the greater human consciousness. Nasty looking people do nice things. I get that message often. The McDonald's establishment on Wood Street seems to be predicated on this conundrum. The truth is muddled in pickles and secret sauce.

So what do you know, I'm watching the evening local news, first a report from the 'desk' that a man was caught poisoning the feral cats that some kind soul had been feeding and grooming. Then it goes to 'on site' reporting, first, the not terribly attractive woman who loved feral cats talked to reporters. She saw the man do it. She saw him feeding something to the cats. On paper plates. The very same disposable amenities nearly all cat lovers use to feed strays and ferals. She didn't have to go into much detail. Everyone who saw the broadcast could infer that this was, in feral cat parlance, the lowest. So the story goes, he laced cat food with moth balls, which is a rough way to go.

And there he was, being led away, hands cuffed behind his back, cops of both genders leading him away, he in his yellow sagging wife beater shirt. He spoke to the reporters, with a hateful,defiant grin. The last thing he said before they went to the next story was, "There's no way those cats had any rights" First time for everything. I'd never thought of cats as needing rights, until he said that.

And after that, I didn't see the guy at the pizza shop when I stopped there between bus runs from home to downtown to where ever else I go, eat a slice of pizza, and try to find something to do. I've been 'at liberty' for a while now. That cemented in mind that the man who gave me free chovies was also the cat killer. It was hard to tell, from the news, if it was the same person, but his not being there anymore was proof enough.

A few months later I was in there, having a slice, when he bounded in, looking very pleased to be out and about. "I'm back," he announced, proudly, though he wasn't working there anymore. Don't know if he did jail time. The day he gave me free anchovies I was wondering if he was the sort of person I might want for a friend. Seemed likable, in most ways. The shirt was a indication maybe not. Then I wondered if he was a cat killer before he gave me the chovies, or if one rash act, after the chovies, had made him one. I wondered if a loathesome act should be reason to shun a person. If a person becomes different for having poisoned feral cats? And whether it's wrong to accept free anchovies from a person capable of it. Everyone is capable of being a piece of shit.

Too late. For the feral cats. For friendship with ordinary people in common places. Never know what's cutting the pizza. The concept of friendship appears to have been fed cat food mixed with mothballs. It's been like this for decades.

Which of the following is not true about the man who gave you free anchovies?

He had Ayran tattoos

He had Ayran tattoos

He wore a wife beater

He wore a wife beater

He was someone you wanted as a friend

He was someone you wanted as a friend

Bruce Reisner is a writer and visual artist living in Pittsburgh, Pennsylvania. A lot of his writing has to do with applied philosophy and social issues facing low income people. His blog is entertainment oriented: http://anokcorralofthoughts.blogspot.com/ He also has video projects at www.brucereisner.com

Illustration for this work was done by Andy Babbitz. A print is available at this link.

Thank you! Your submission has been received!
Oops! Something went wrong while submitting the form
Issue 16

She Was An American Girl

She'd never seen the like, not even here in Mexico City, where whole neighborhoods are patched together with silly putty and cardboard cutouts of TV stars.
archive
quotes
about
issues
propaganda
submit (closed)

It's a Long Way to Massapequa